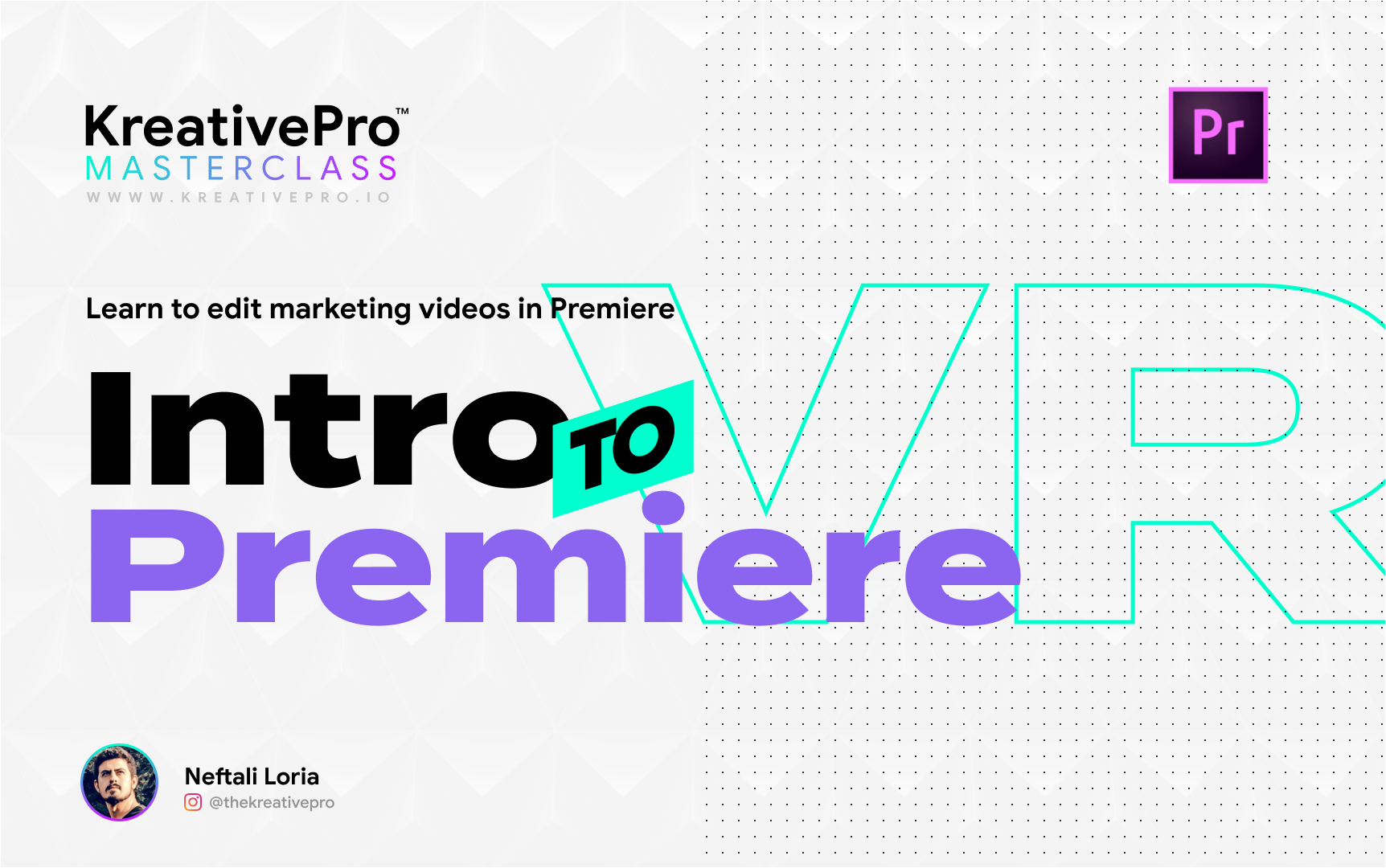 In this Adobe Premiere lesson, we will cover the basic premiere interface and tools that will help us craft a marketing video.