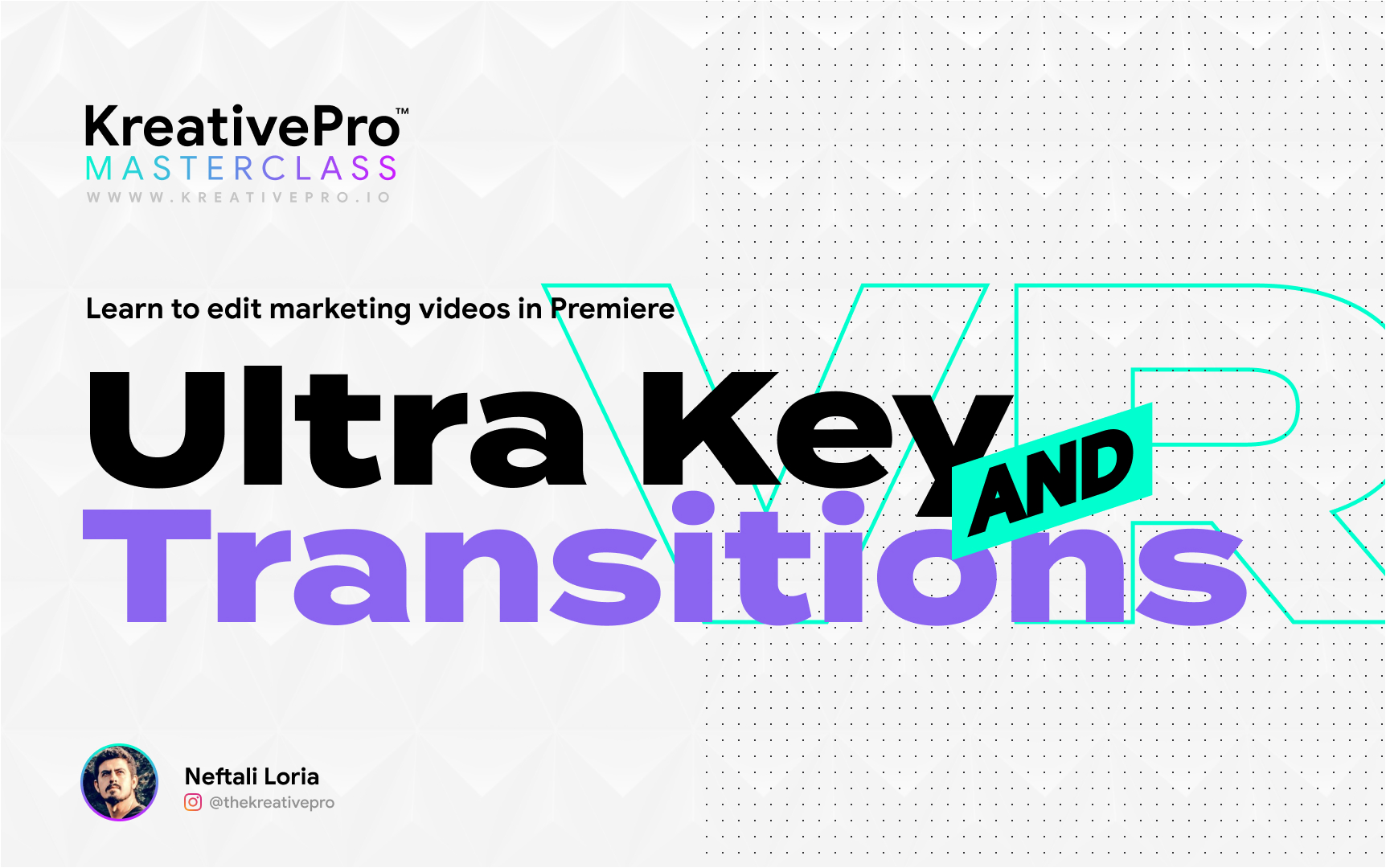 In this Adobe Premiere lesson, we will apply advanced effects in our marketing video timeline and how to replace green screen and apply sophisticated transitions.