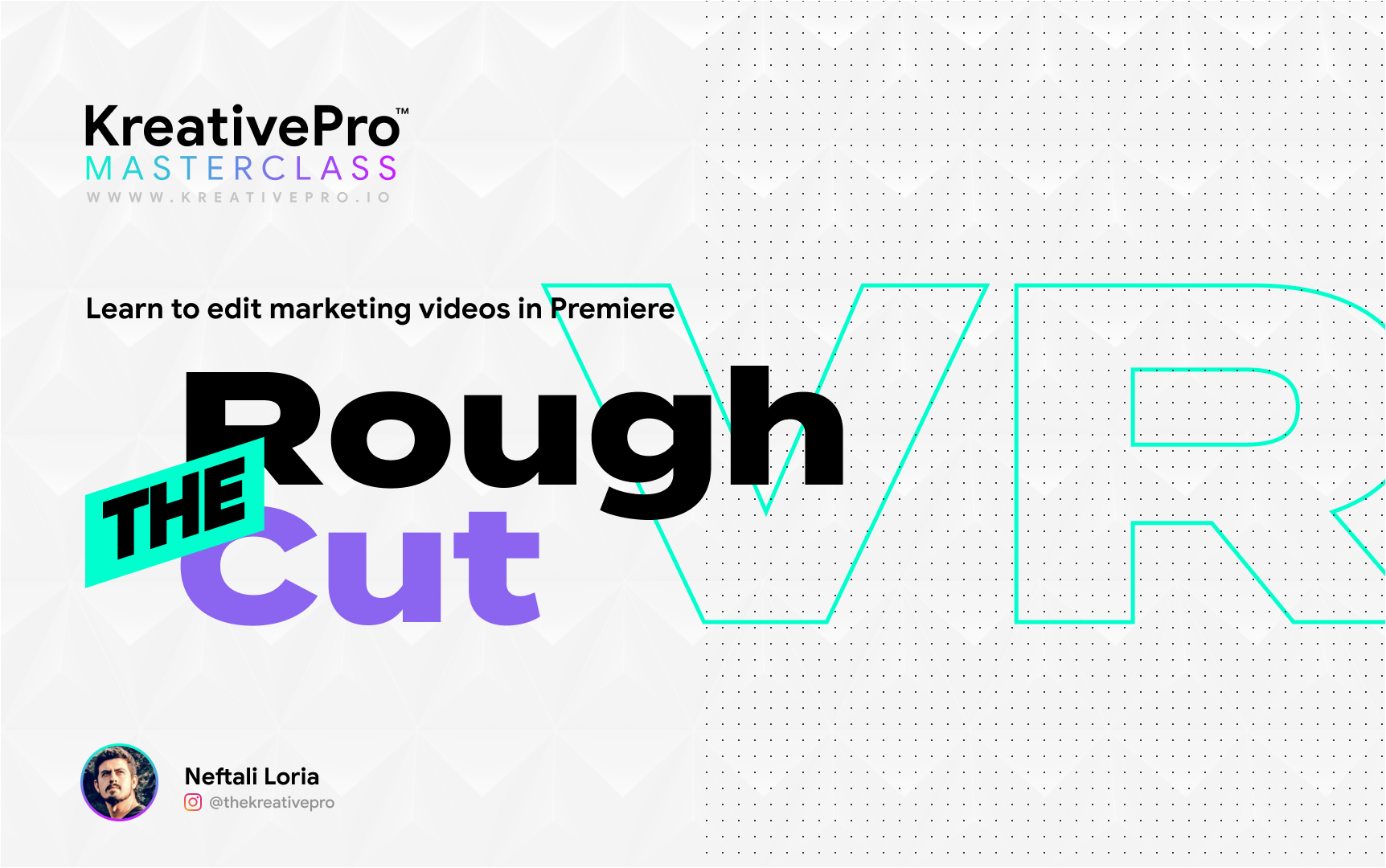 In this Adobe Premiere lesson, we will edit a rough version of our marketing video. We will follow the principles to build the timeline and absorb my creative process.