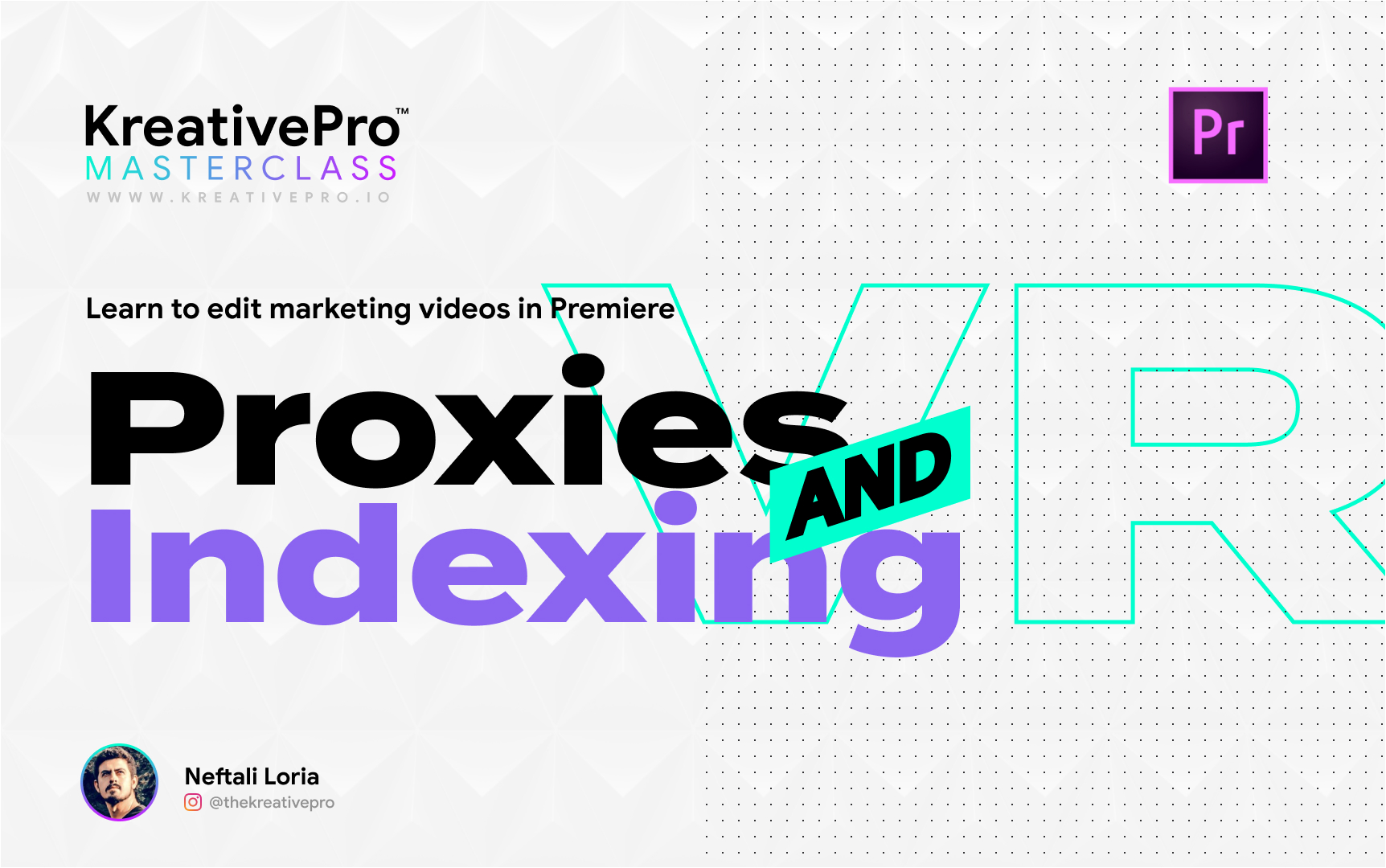 In this Adobe Premiere lesson, we will import our footage into our project and leverage the power of proxies to browse through our footage smoothly.

All right. So the next thing I want to talk about is proxies and file indexing. And we're going to stay in here in the assembly workspace because all we have to do is start bringing over our footage. If you have your footage already organized in folders, then this is great because Premiere we'll make sure that it organizes for you.
So I'm going to go ahead and add in our stock footage, just like that. Okay. Once we do that, what's going to happen is Adobe media encoder is going to start working behind the scenes. He's going to try to convert all those high resolution files and just create a lower resolution format so that whenever we start playing with that footage directly with premiere, it's going to be smoother.
You're going to see here the same file. It's a lot smaller. So it's 24 megabytes now because we're pulling this footage from already pre-rendered stock footage. This really might not be doing a lot. This helps when you work with original raw footage that is brought from a very powerful camera. And in this case, we're just doing this so that you understand that the process of doing any video relies on the editors ability to edit smoothly throughout.
Because we've already imported the VR headsets. We might want to put those into a folder. And the way to do that simply is by selecting both with command, you select the other one, and then you can drag into this little bin. So this bin or folder, I can call it VR headsets. And those have already been created as proxy files.
So if I double click on it, what this will do is it will toggle the preview to play that resolution and not the original one. So I like to always keep that on, so that I know, depending on what I'm doing in the phase, I typically keep this on for the editing process. When I jumped into the color grading, I try to just use the original format so that I know that I'm coloring correctly.
Okay guys. So once that's rendered, once that media encoder finishes, it'll be a lot easier to go into our folders and browse through our footage. I import everything first into premiere, and then I go into these little previews. For me to see the same footage in an icon view. So, if I click on stock, then I can see a little preview of every single shot.
And the cool thing is I can zoom in. I can even move this whole layout so that I have more space to see the footage or just by simply using this, these keyboard shortcut, this little curly bracket on your keyboard, you can expand any panel that you think you want to work in and focus on that. So it's really cool.
So once you open that up, check this out. I can see by simply moving my mouse over from one left to the right. I can see a preview of what that footage will look like. And it's super smooth right now because we are using. Those proxy files. So once you have this, I like to go through, I like to go through this, even though we already know some of the sequences that are going to happen in this, I know these ones we're going to work together.
So let's go ahead into the next lesson and start working on a rough cut of what our script will look like.